As you probably know, residents in Spain who meet certain criteria must file their Assets Abroad Declaration (Form 720) before March 31st.

Briefly: new residents in Spain that own properties, bank accounts or financial assets worth 50.000€ or more in other countries, need to check carefully whether they match those criteria. Residents from previous years must file for this declaration again if their assets in other countries have increased in 20.000€ or more since their last declaration. Non-Resident Taxpayers are not subject to this obligation.

We know that this is all quite confusing: "Am I a resident in Spain?", "Do I have to file for this declaration?", "I did submit it last year, do I have to do it again?"

To put some light on this matter, we have thought of a few study cases. Please, note that these are just some very basic examples. In real life, there might be other circumstances to be taken into account, so you need to go through your personal case with a professional.

For more information about the Declaration, you may also read:

So, let’s imagine four owners of properties in Spain in 2020, all of them with different backgrounds:

- Lars is Norwegian. He lived in Spain more than 6 months in 2019, at a property he bought that same year. In Norway, he has a house, a bank account and some investments that are worth more than 50.000€.
The Spanish Tax Agency considers that he became a new resident in Spain for tax purposes in 2019. He must declare his assets abroad before the 31st March 2020 and file for the Income Tax (IRPF) in June 2020.

- Jane is Irish. She bought her Spanish property in 2019 as well, but she spends only 1 month per year in Spain; the rest of the time, she lives in Ireland.
The Spanish Tax Agency considers that she doesn’t qualify as a resident for tax purposes. She is not meant to file for the Assets Abroad Declaration or the Spanish Income Tax. However, she must file for the Non-Resident Tax every year before December 31st.

- Marie is Belgian. She bought a property in Spain in 2018, where she lives for more than 6 months per year. She owns a house and a bank account in Belgium.
“Hacienda” considers that she became a resident in Spain in 2018 and she had to submit her Assets Abroad Declaration as a new resident in March 2019. However, her bank account in Belgium has increased in more than 20.000€ since then, so she must file for it again before 31st March 2020. She must also file her tax return for the Spanish Income Tax in June 2020.

- Michel is French. He bought his Spanish property in 2018 and lives there more than 6 months per year, so he is also considered a resident in Spain. Like Marie, he had to declare his assets abroad in March 2019 for the first time. But, unlike her, his bank account in France didn’t increase over 20.000€ during the last year, so he is not meant to submit the Declaration again in 2020. However, he does have to file for a tax return for the Spanish Income Tax in June 2020.

We hope that these examples have helped you to understand how the Resident Taxes in Spain work. Nevertheless, if you need professional advice about your personal case, contact us at info@lssolicitors.es and we will be glad to assist you. 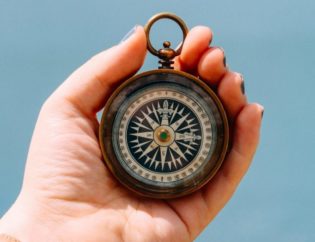 vamtam-theme-circle-post
 Category Form 720, Tax for residents
As you may know, if you are a tax resident in Spain and meet certain criteria,...
 Tags Assets Abroad Declaration, Form 720, Spanish Resident Tax
Read More

What to do if your flight is cancelled or delayedNew Spanish Mortgage Law: more protection for property buyers